Cannabis Queen Martha Stewart Is Getting Into the CBD Game 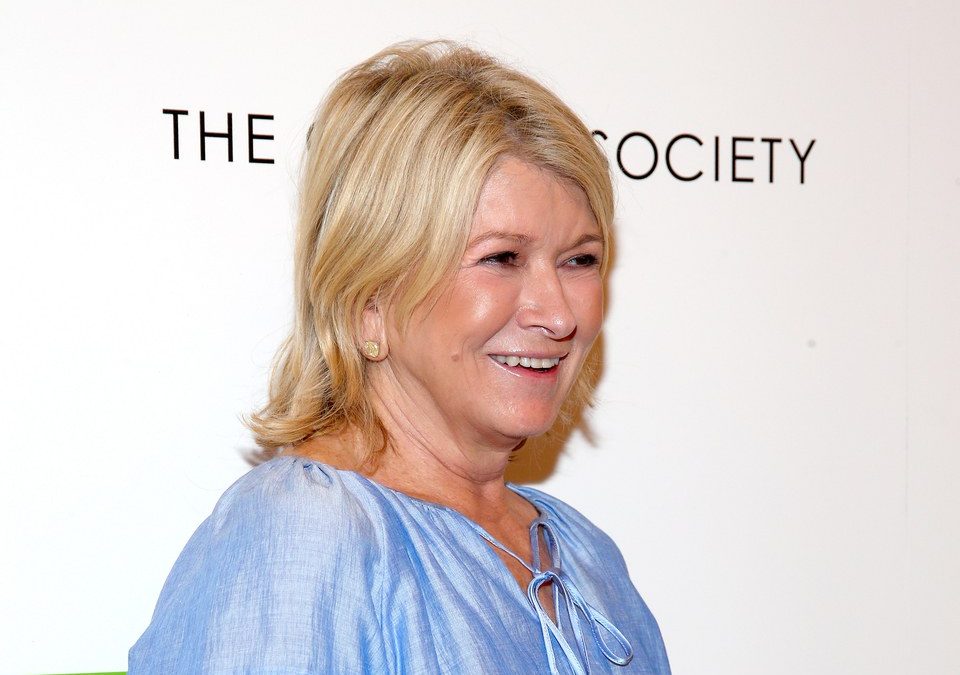 A decade ago, Martha Stewart probably wasn’t the first person you envisioned when you thought about taking a bong rip, unless, say, the bong was fashioned from a hollowed-out decorative gourd. But on Thursday, we learned that the lifestyle guru is taking the next logical step in her friendship with Snoop Dogg—which involves a cooking show the two host together that gave us the line, “Snoop’s Cornish game hens were the best ever”—and getting into the increasingly lucrative weed business.

CNBC reports that Stewart has signed on as an adviser to Canopy Growth, one of the largest marijuana producers in the world, to develop a line of C.B.D. products for animals. (Stewart’s own pets, which are often featured on her Instagram account, include Chow Chows, French bulldogs, Persian cats, a Fell pony, and Friesian horses.) “I am delighted to establish this partnership with Canopy Growth and share with them the knowledge I have gained after years of experience in the subject of living,” Stewart said in a statement. “I’m especially looking forward to our first collaboration together, which will offer sensible products for people’s beloved pets.” While Stewart says she herself doesn’t smoke, she has no problem with others smoking around her, which makes sense considering she’s just joined a pot company. “So someone smokes marijuana? Big deal! People smoke cigarettes and die from cancer,” she told The Hollywood Reporter. “I haven’t heard of anybody dying from cannabis. I’m quite egalitarian and liberal when it comes to stuff like that.”

Canopy—whose subsidiary, Tweed, unveiled a partnership with Snoop Dogg in 2016 that included a brand of weed called “Leafs by Snoop”—was founded in 2013 and received a major boost last year with the decision by Canada to legalize recreational pot, leading to such demand that there were supply shortages across the country. In its most recent quarterly earnings report, it said it sold 10,102 kilograms (10.1 tons) of pot and pot equivalents from October through December, boosting revenue by 282 percent, so you can understand why Stewart would want to get a piece of that! In a statement, Canopy Chairman and co-C.E.O. Bruce Linton said he was excited to bring in a host of new customers through a household name like Stewart’s, who could be viewed as a gateway drug. “As soon as you hear the name Martha, you know exactly who we’re talking about,” Linton said. “Martha is one of a kind and I am so excited to be able to work alongside this icon to sharpen our C.B.D. product offerings across categories from human to animal.”

Image by By Paul Zimmerman/Getty Images.